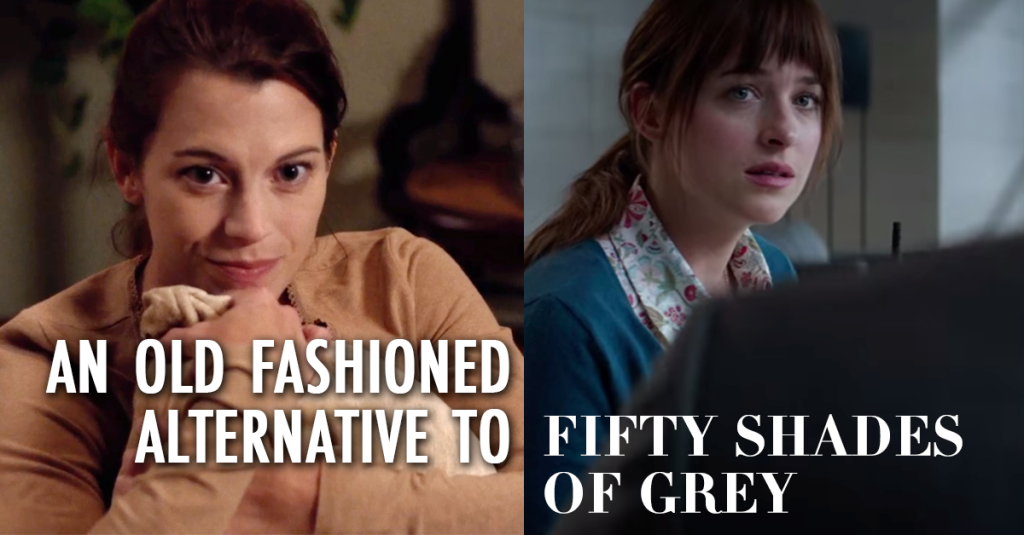 In OLD FASHIONED, Clay asks an important question: “When did treating women with respect become a joke?”

OLD FASHIONED opens in theaters this Valentine’s Day weekend, the same time as a Hollywood blockbuster that takes a completely different view on relationships and respect. And that leads to a new question: When did offering an alternative become something bad?

Count the good folks at FamilyLife among those who are glad there is a faith-based film to counteract Hollywood’s idea of “romance.”

“Every year Hollywood releases one or two major movies as their offering for couples who like to take in a romantic movie on Valentine’s Day. Occasionally the movie is fairly wholesome, but far more frequently it’s not. This year’s primary offering from Hollywood runs about as far from wholesome as possible. …

“OLD FASHIONED delivers a great message about relationships, commitment, and marriage. … So whether you’re a dating couple or you’ve been married for years, you’ve got a romantic alternative to draw you to theaters on Valentine’s weekend and beyond.”

Read the full story here and then make your Valentine’s Day movie plans by finding a theater showing OLD FASHIONED!