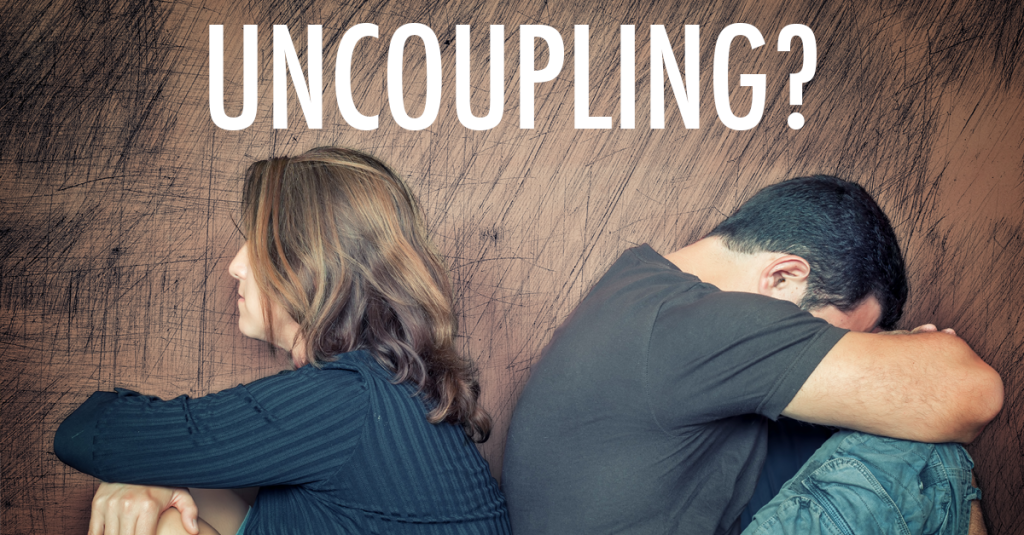 For this reason a man will leave his father and his mother, and will be joined to his wife. And they will become one flesh. Genesis 2:24

A recent ABC News piece highlighted a married couple that held a ceremony on a California beach to officially “uncouple.” What exactly is “uncoupling?” Brought into the cultural lexicon by actress Gwyneth Paltrow and musician Chris Martin, “uncoupling” is a seemingly acceptable new way of ending a marriage relationship.

“Clark and Valerie took the wedding rings they exchanged 14 years ago and gave them back to each other. ‘These rings do not symbolize who we are to each other anymore,’ Clark said. ‘So we’re releasing them,’ Valerie added.

“The Tates, who went with their own version of ‘uncoupling,’ believed this was a way to break up their marriage without animosity.”

After decades of rising divorce statistics, could “uncoupling” be the new standard? Or might there be a better option than either divorce or “uncoupling?”

Could it be there’s something to be said about old-fashioned commitment to one’s vows … and to one’s spouse?