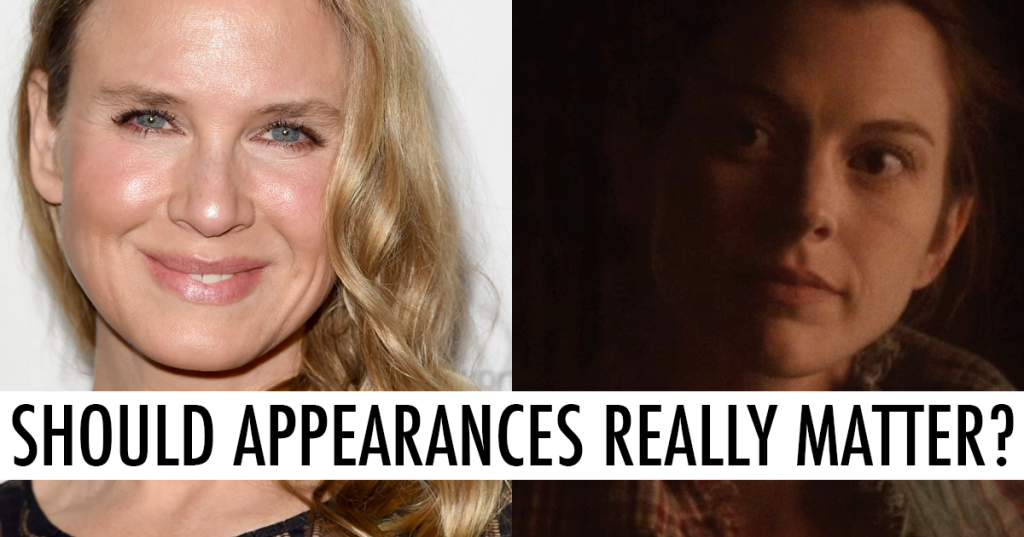 Elizabeth Ann Roberts is a star.

There, I said it.  And I believe it.  She plays the role of Amber Hewson in Old Fashioned and delivers the kind of breakout, career-defining performance that we all love to discover in small, indie films like ours.

And that’s just not me talking.  From Northampton, Massachusetts, to Temecula, California, to a whole bunch of other “sneak peek” and festival screenings in between… audiences agree with my bold claim above.  She provides the life and spark of Old Fashioned and simply makes you fall in love.  It’s magical, really.

Elizabeth Ann Roberts is something special and the rest of the world is about to find out and I can hardly wait.  But, the crazy thing is…

I almost didn’t cast her.

She was actually one of the very first actors that auditioned for the role of Amber.  I was already in Tuscarawas County, Ohio, scouting locations when one of our co-producers sent me video link to her casting session out in Los Angeles.

Her take on the character was extraordinary—even on a laptop; that was obvious.  When she read the lines “respect her emotions as well as her body” I choked up; my eyes began to water.  She was that good.

But in my mind, I always saw “Amber” with very dark brown hair and dark brown eyes.  And Elizabeth, though incredibly beautiful, didn’t line up 100% with what I had imagined.

So, I kept looking.  For six months.  I saw countless actresses with dark brown hair and dark brown eyes; they all looked the part, but they couldn’t hold a candle to Elizabeth.  Elizabeth simply was the character of Amber in a way that went far beyond physical appearance, in a way that was almost spiritual.

She got the gig, obviously.  What choice did I have?

And indeed, Elizabeth actually felt a very clear, personal connection with the strong, bold, and spiritually searching role of Amber.  There is sometimes an authenticity in a performance that simply can’t be faked… it’s a rare thing and it’s what exists between Elizabeth and her character in Old Fashioned.

It’s all a little ironic given that much of the story of Old Fashioned is actually about looking beyond the physical when it comes to love and romance.  There’s nothing wrong with physical attraction and chemistry, of course; but, it isn’t everything… no matter what Hollywood says.

We live in a world today that places ludicrous value on physical appearance.  Do six-pack abs really make someone a good potential spouse?  The perfect nose?  Just the right skin tone?  Will great physical chemistry be enough to weather the tough times that face any relationship?

Right now, Renée Zellweger, is being attacked and critiqued from all sides because of her plastic surgery that has made her virtually unrecognizable.  In some cases, she’s being ripped into by the very same folks that badgered her into feeling so insecure about her physical appearance to begin with.

I love movies.  Always have.  But I hate with a passion the pressure and unrealistic expectation, on women especially, for physical perfection that is spun and stoked by the entire entertainment industry.  It’s absolute insanity and it’s a lie and it’s now spreading far beyond the silver screen and into real life.  And when we buy into the “he’s so hot” and “she’s so hot” and and and… well, we’ve got no one to blame but ourselves.

Whatever makes you happy, I guess.  But our physical bodies are fading… no matter what.  It’s the Kobayashi Maru (yeah, I’m an old school Star Trek nerd, deal)… a no-win scenario.

I wonder what I’ve missed out on in my own life because I couldn’t, or wouldn’t, look beneath the surface of things.  Did I miss out on something God was trying to show me… or a connection that God was trying to make?  Have you?

I learned a valuable lesson in casting the role of Amber in Old Fashioned.  If I had stuck to the preconceived image in my mind, I would have made a tragic mistake and missed out on witnessing something remarkable… something far beyond merely the physical.

Here’s to the things beneath the surface…

And, to Elizabeth Ann Roberts… thank you.