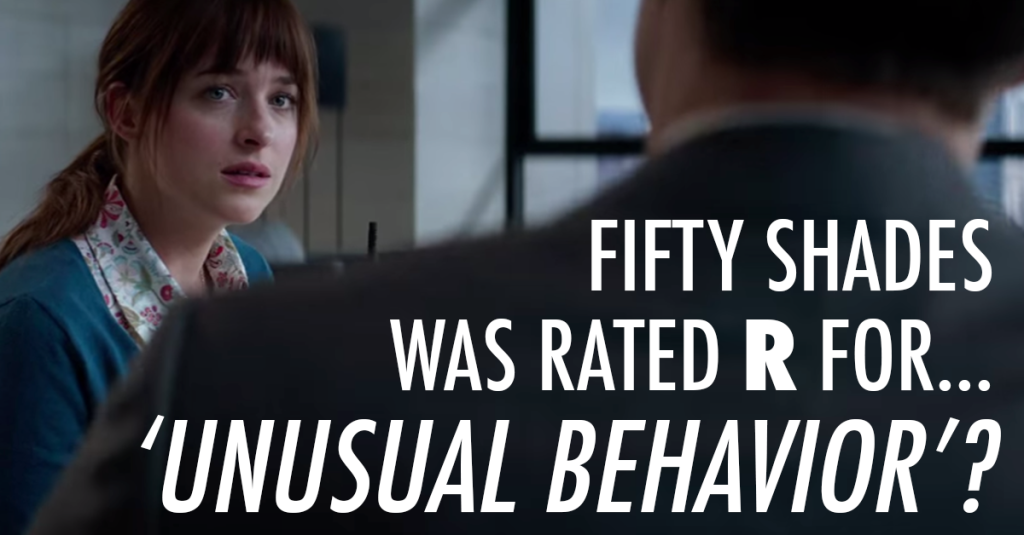 We are a month away from Valentine’s Day and the February 13 release of both OLD FASHIONED and Fifty Shades of Grey in theaters across the country. OLD FASHIONED received a PG-13 rating for “some thematic material.” It’s a fair rating for this faith-based film; the themes in OLD FASHIONED deal with romance and relationships, topics that aren’t designed for kids and pre-teens.

Fifty Shades earned an R-rating. Some of the book’s fans were disappointed it didn’t get an NC-17 rating (the equivalent of the old X-rating). They felt anything less than that would mean the filmmakers had diminished the book’s graphic nature.

While most observers expected the R-rating, the explanation given by the MPAA was unique: “strong sexual content including dialogue, some unusual behavior and graphic nudity, and for language.” The most interesting phrase? “Unusual behavior.”

In a story about the rating in USA Today, quotes industry executives, including Ethan Noble:

“He believes the MPAA used the term to describe the film’s sexual theme of dominance and submission, which is spelled out explicitly in the novel.

“‘Basically, it’s a way of letting parents know that it’s not your everyday sexual content,’ said Noble. ‘But you don’t put “submission and dominance” in the ratings description. (The MPAA is) rarely that specific, and parents that don’t know what it is might be scared off by the term.’”

Maybe it’s just us, but don’t you think “scaring off” parents in this instance might just be the best thing that could be done?