Brown paper packages tied up with string are still okay with me, but one of my current “favorite things” that trumps them all by far is the joy I get when someone sees Old Fashioned and makes a connection I never dreamed of…

I especially love it when the person connecting the dots is a part of the rapidly expanding creative and marketing team for our “little indie movie that could.”  It’s remarkably encouraging to know that the film genuinely resonates with those that are out there on the front lines for us.  That makes a big, big difference.

Now, I’ve never met Laura… we’ve swapped some messages back and forth, but that’s about it.  She is part of our outreach team and has been very kind in letting me know just how much she personally believes in Old Fashioned and wants to see it have a big impact.  She can hardly wait for Valentine’s Day weekend to get here…

Neither can the rest of us!  Who likes to wait?  For anything, ever.

Conspicuously right now, at Christmastime.  In line.  At the store.

Truth is, it seems like the Christmas season strains our patience and makes the waiting for anything seem worse than at almost any other time of the year… and it got Laura thinking about the irony found in that reality.

About how much the Christmas story actually is about… waiting.  And how that, in a way, connects with the themes of Old Fashioned.

She shared her thoughts on this with our team and it was so profound and beautiful, we just felt compelled to pass it along…

Some of the best parts of the Christmas story are about waiting:

… for the birth of Christ.  Israel had waited 400 years to hear from God.

… Mary waited to see how God would provide.

… Joseph was patient and didn’t make a hasty decision to divorce Mary.

… the shepherds were watching and waiting.

… the wise men were patient enough to make a very long journey to meet the Christ child.

What if any or all of the above simply got tired of waiting?  What if they had demanded immediate gratification?

Christmas is indeed (ironically) a great time to consider the idea of waiting (just think about that when you can’t find a parking spot at the mall).

And here is where Laura makes the connection…

Waiting is Old Fashioned.  But waiting is GOOD.  My humble opinion is that Christmas is a unique time to spread the message of focusing on what is best vs. what seems immediate—an Old Fashioned idea in our consumer culture that has exacerbated the problem of using people instead of nurturing them and nurturing relationships.

There’s no question, the theme of waiting is pretty strong in our love story.  On the physical, emotional, and spiritual levels… taking your time, being thoughtful, and considering the cost are all qualities that are affirmed in Old Fashioned.  Although there are no guarantees in life, it is undeniable that waiting and being patient can lead to real blessing.

So, in the rush of the presents and parties and family and friends (all good things)… if you feel yourself losing patience, feeling rushed… slow down a bit… remember how waiting played into the very first Christmas…

Most of all, remember how patient God has been with you.  With all of us.  O, if only we could be that way with each other… especially in this season of honoring the birth of the babe in a manger.

And, if by chance, you find yourself alone this year… waiting.  May there be at least some comfort in knowing that you have some good historical company; and, may God grant you the patience and courage you need to endure…

Thank you so much for the perspective, Laura.  For my new favorite thing.

“Merry Christmas to all and to all a good-night!” 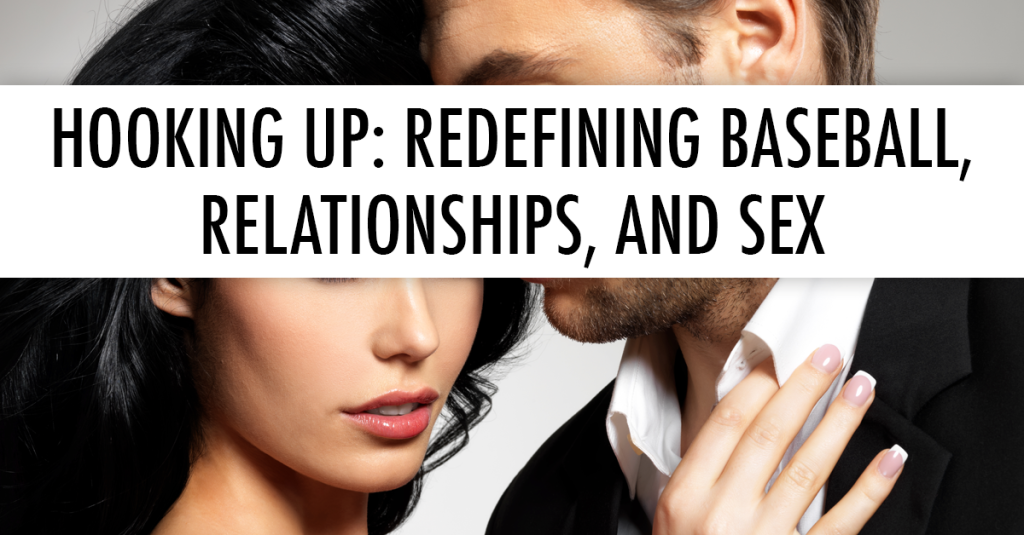 Is the hook-up culture on college campuses changing the age-old baseball rules of physical intimacy?

“Today’s first base is kissing. … Second base is oral sex. Third base is going all the way. Home plate is learning each other’s names.”

Interestingly enough, in Old Fashioned, Clay shares a similar observation with Amber during a conversation about the dating norms in our hypersexual culture: “A normal date? You mean where two strangers hop into bed and then try to figure out later if they have anything in common?”

Thornbury’s article states Wolfe’s play “Speak About It” is a popular resource among colleges in the Northeast for sex-education programs aimed at first-year students and offers some sensible reminders about safety and consent. However, her piece also makes it clear that this simply isn’t enough in terms of creating a healthy environment or fostering a healthy understanding of sex.

In our movie, Clay asks: “When did treating women with respect become the joke?”

Perhaps it’s time for a paradigm shift in how men and women treat each other—as well as how we regard sexual intimacy and what it was designed for. We don’t have to go around using each other and hurting each other. It doesn’t HAVE to be that way.

What do you think? What can be done to foster mutual respect and a healthy understanding of sex and its purpose? We’d love to hear your thoughts and perspectives. 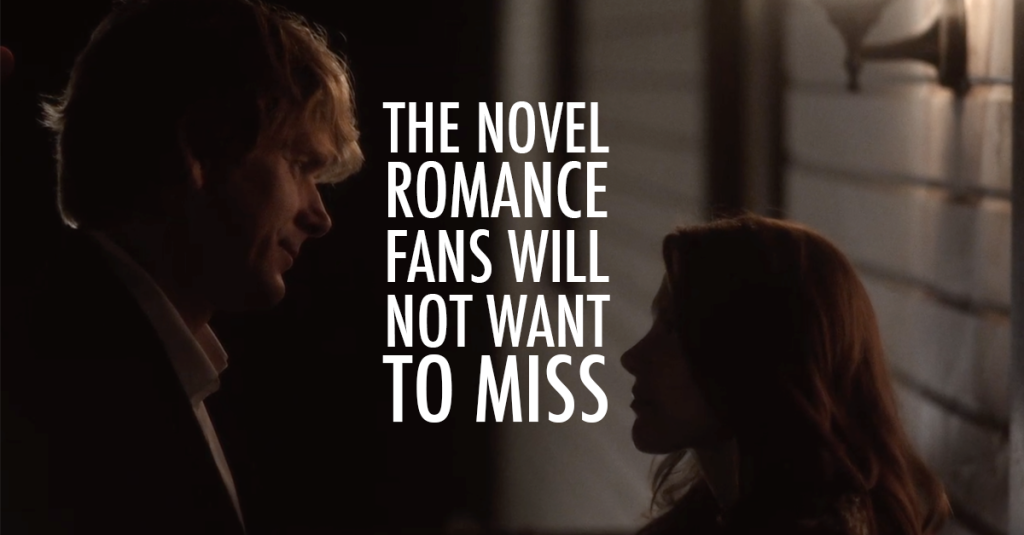 Before OLD FASHIONED arrives in theaters on Valentine’s Day, Tyndale House is releasing the novelization of Rik Swartwelder’s screenplay by author Rene Gutteridge. And it is receiving high praise from reviewers.

“I couldn’t help myself but to keep following the story to its hopeful, sweet, happy ever after. … This is a novel romance fans will not want to miss! This book will rank highly among my Favorite Romances of 2014!”

In its four-star review of the book, RTBookReviews.com says:

“Amber is cute and likable, but it’s Clay’s admirable yet weird stance on dating that will keep the reader interested. Other quirky characters and Twitter-worthy quotes help to make this an enjoyable read. Looking forward to the February release of the movie!”

The Old Fashioned novel is now available as an eBook and will be available in print in January. And, of course, OLD FASHIONED opens in theaters February 13! 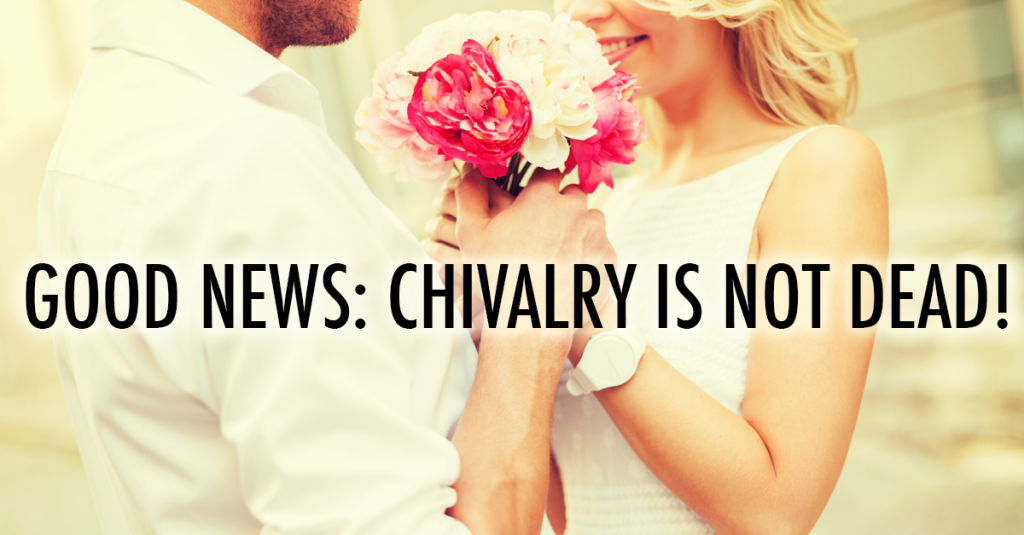 When OLD FASHIONED opens in theaters on Valentine’s Day, we believe it will be a time when Chivalry Makes a Comeback. And, according to a 20-something female blogger, it can’t happen a moment too soon.

As Jen Ruiz blogged this week, “Despite popular opinion, chivalry is not dead. …” She also says:

“It’s a welcome relief, then, when we stumble upon those few true gentlemen. They exude chivalry with even their smallest actions, and remind us that there are still good ones out there.

“It doesn’t take a grand gesture or costly display of affection to win a girl over. Often, it just takes a little sincerity and display of genuine romantic interest.”

Take a look at her list of everyday ways guys can be chivalrous. And be sure to share your thoughts and ideas on our Facebook page!